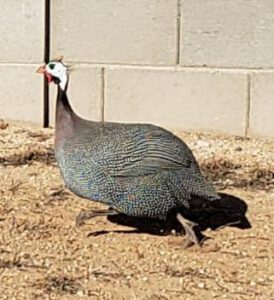 Thus, we want to make our mistakes during training, so they can be discovered and fixed. I teach that you should embrace mistake making. You want your mistakes to come out so they can be addressed properly. I purposely set up problems so that students will make mistakes. Not to fool them or make them look like fools, but to let them see their mistakes, so they remember the wrong way so they can learn and remember the right way.

For example, I was working with a family this weekend on Heeling (teaching a dog to walk by your side on command). We were practicing Heeling, then putting the dog on a Sit Stay, and then walking across a busy street. A number of times, the owners stepped into traffic and were hit by a speeding car. Fortunately, we were doing this inside their kitchen, so no one really was injured, but they got the point. I do real life training, and I set up real world scenarios. I want my students making errors in the training so that they don’t make deadly errors once they are in the real world.

I have had a few students that didn’t like this type of training. Some people are very embarrassed if they make a mistake. They think they somehow have to be perfect, doing a skill that isn’t yet perfect. They put themselves under too much pressure to do everything right. I try to explain that no one does things perfectly at the start of any new skill. No one. However, that message doesn’t always get through, even though I explicitly explain what and why we are doing real life scenarios.

Two times in the past 3 weeks I have heard back from two students who had to use their obedience in a real world situation. In the first incident, the owner was able to call back his 2 pit bulls off a full on chase after a guinea hen flew into his yard. The dogs came back and the bird was unharmed. In the second case, I’ve been working with the wife and their year old yellow Lab. The husband hasn’t participated in the training, and apparently has been dismissive of the wife’s efforts. He was home alone with the dog, their dog accidentally got out of the garage and was running down the street. The husband called the dog. It didn’t come. He called again, and again, and it didn’t come. He then remembered the correct command, called the dog, the dog instantly pivoted and ran back to him. That probably saved the dog’s life. The wife would have known what to do, because we had trained that exact scenario.

So, embrace mistakes. I’m ok with you making mistakes. I make mistakes, too. Any trainer that pretends that they don’t make mistakes isn’t being honest with you or themselves, and is probably not someone you want to work with. Find the bugs, work out the bugs, become bug free. Or mostly bug free. You may need all that someday.